The daughter of a prolific Devon poet who passed away from heart failure is paying tribute to his memory by walking the South West Coast.

William Oxley was a popular member of the Torbay community and an internationally-respected writer, published throughout the world in magazines and journals such as The New York Times and The Spectator. Originally born in Manchester, William moved to Brixham in 1976.

He suffered from rheumatic fever as a child, which damaged his heart, and he was told that he might not live past the age of forty.

However, William went on to live a full life, writing numerous books, poems and becoming the poet laureate for Torbay in 2000. Sadly on February, 4th, 2020, at the age of 80, he passed away.

His daughter Kate Hurd, has now walked one of her dad's favourite routes in his memory and as a tribute to the medical staff who helped care for him.

On Saturday, October 10, she set out following the South West Coastal path from Hope's Nose, Kate will cover a distance of approximately 32 miles and finishing at Goodrington beach.

Kate, who lives in Paignton, underwent a hip replacement just a couple of years ago. She is hoping the challenge will be a fitting tribute to her father after Covid restrictions meant that a more formal memorial couldn't take place. She said: "It's given everyone a point of focus. He was a real gentleman, a very kind person. He'd talk to anyone, he was a very generous individual."

She said she has been practising the walk and making good progress with her hip, Kate said: "It's been a bit of a crazy ride because two-and-a-half-years-ago I couldn't even walk. Back at the start of April, I found three miles tough."

Kate will be undertaking the walk alone but her mother Patricia, may well join her for small sections of the walk. 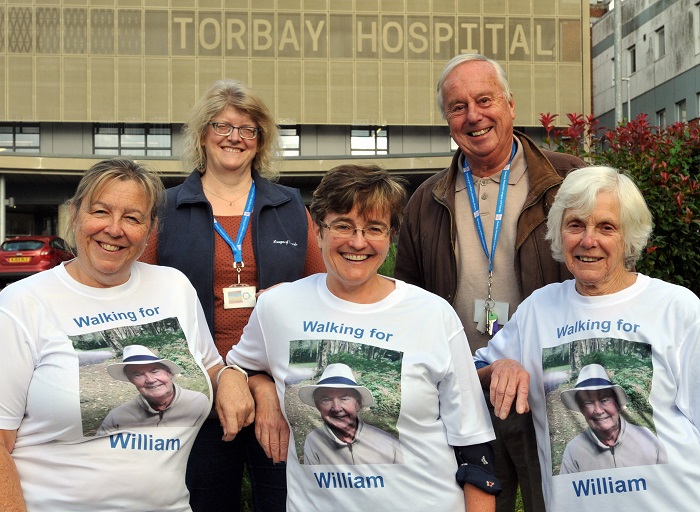 Her fundraising page has already raised over £2000